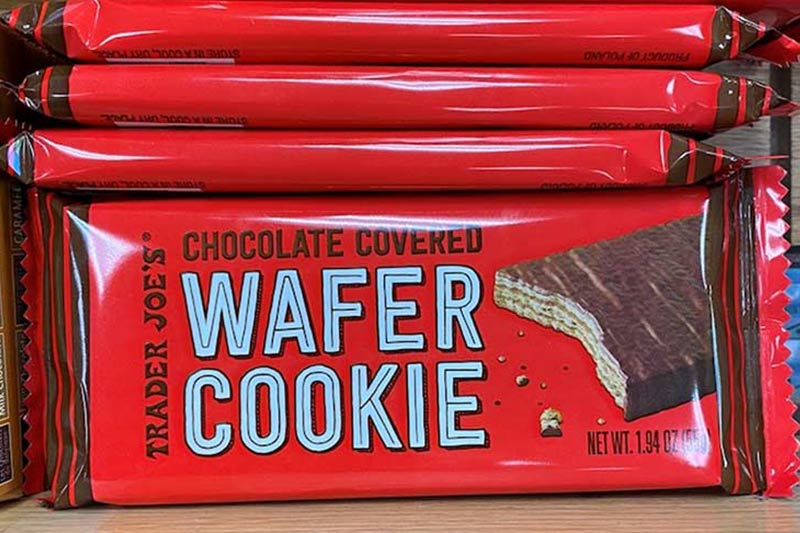 In this post on anorexia weight gain, I’m going to outline a study on behavioral changes as a result of starvation. One of the most challenging aspects of treatment is helping the child to weight restore, so I visited Trader Joe’s to find 13 food ideas for parents searching for foods that help their child “cross the finish line.”

A primary focus of recovery from anorexia nervosa is weight gain.  Although there is complex work to be done to recover emotionally from this pernicious disorder, the first step is always weight gain.  There are a number of very urgent and dangerous medical conditions that can emerge from being malnourished and underweight that must be addressed first.  This is why regular medical evaluations are so crucial in the beginning.  As one starts to gain the weight back, the body can struggle to stay in balance and it is important to monitor this process.

A Study On Behavioral Changes as a Result of Starvation

Another reason why it is appropriate for focus on weight gain in the beginning (as opposed to all the underlying psychological factors) is that many of the behaviors we see in anorexia nervosa are also just behaviors associated with starvation.  In a landmark study in 1944, Ancel Keys conducted an experiment on men who were willing to participate in this study instead of going to war.  What they found was quite remarkable but only some of the results will be discussed here.  In the list below, behavioral changes as a result of starvation were as follows:

Conclusions on this Study:

When working with families who have a child with anorexia nervosa, one of the most challenging aspects of treatment is helping the child to weight restore. Even when the child is willing to participate in this process (and that is not always the case), the amount of food needed to get back to their pre-eating disorder weight is often more than one realizes.

So I thought I would post some ideas for parents searching for foods that help their child “cross the finish line.”  The name of the game when working on weight restoration is high density, low volume.  This means trying to find foods that are calorically dense without being too filling.  On a recent trip to Trader Joe’s, I took some photos of items that you might find very helpful for weight restoration.  I think what is important to remember is that these suggestions are specifically for weight restoration and so the food choices or the portions are going to look different that what you might do once you are at maintenance.  But these may help you achieve a little more variety along the way and make things easier for you and your child. 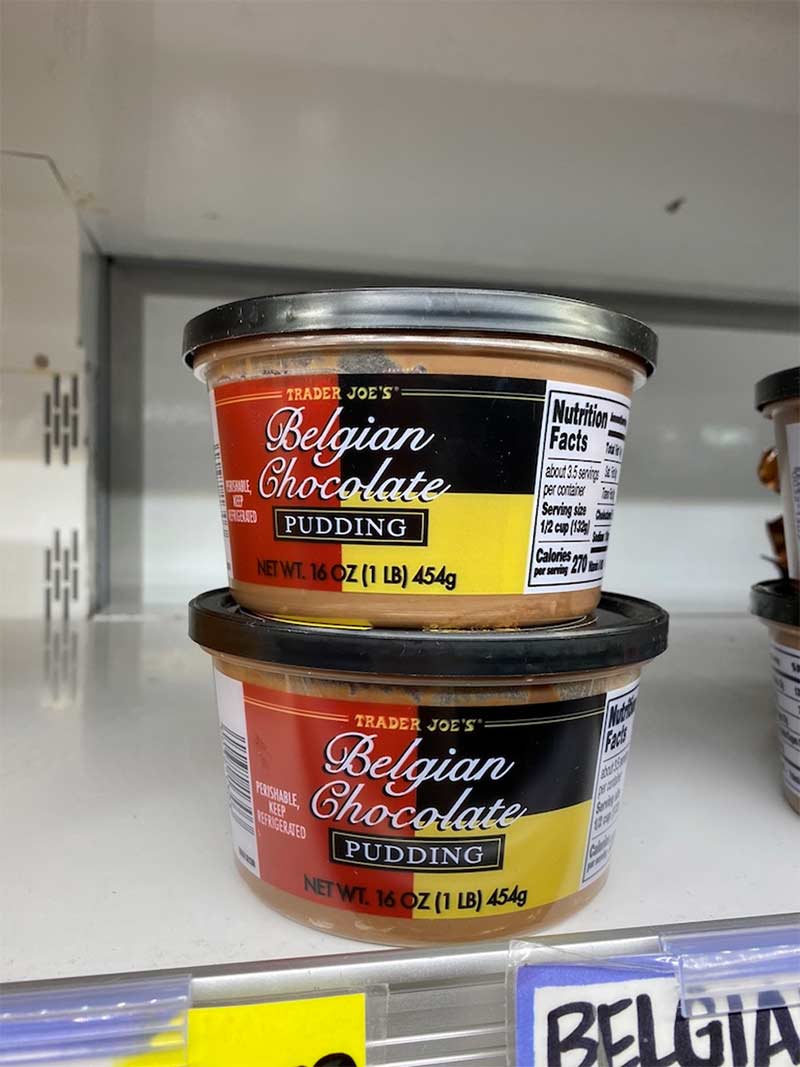 A serving of this chocolate pudding is only 2/3 of a cup so this can easily be increased to a full cup for a snack or dessert that will be adequately caloric. 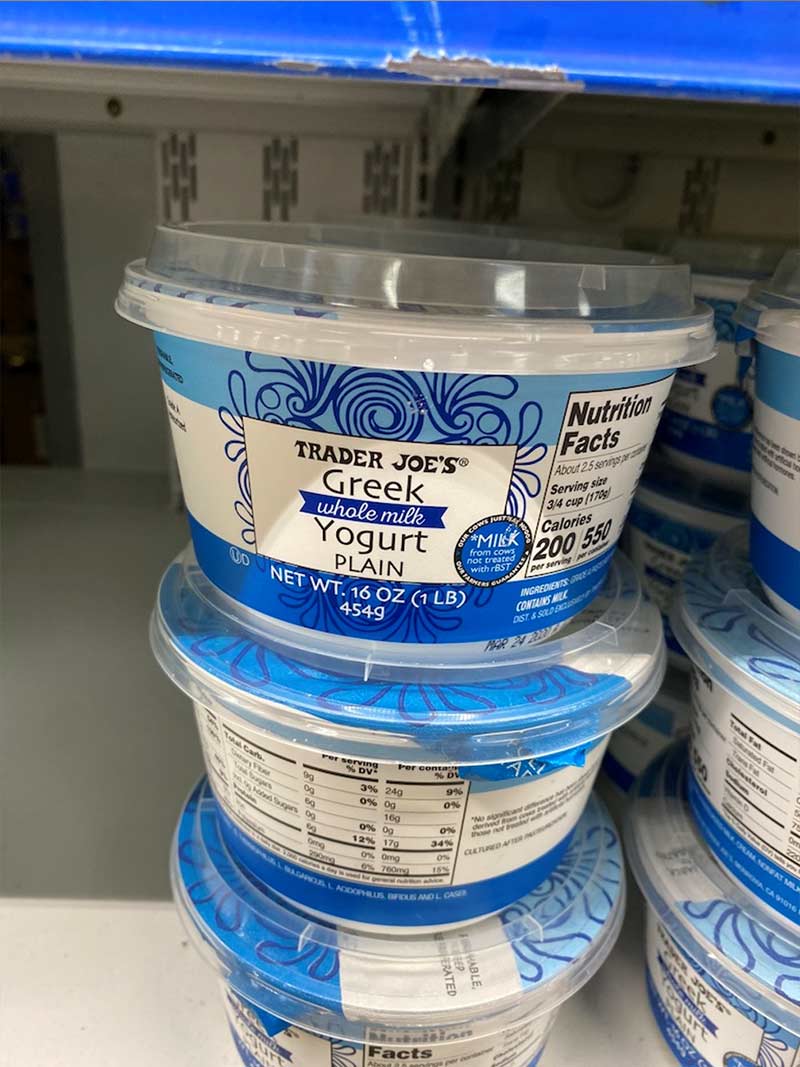 This whole mild Greek yogurt packs a lot of punch with a serving size only being 3/4 of a cup.  The key here is that this is whole milk yogurt which can be a little tricky to find sometimes.  Again, this can easily be boosted to a full cup, add some granola and honey and you’ve got yourself a quick and easy snack! 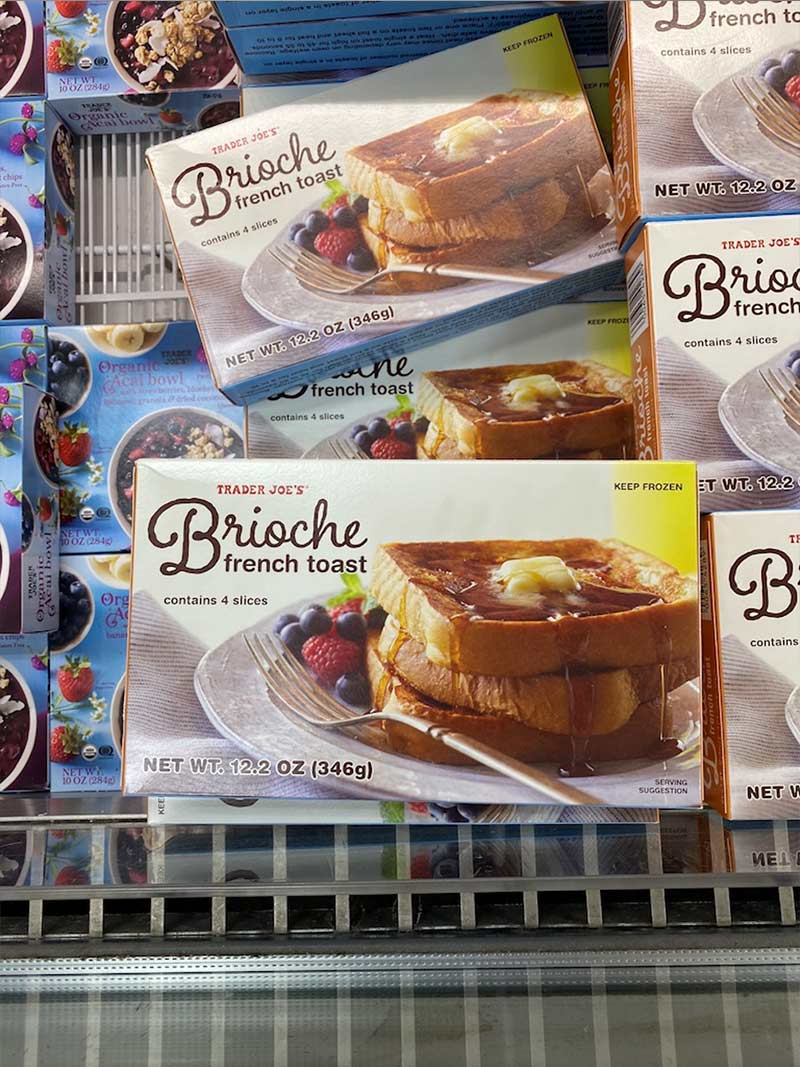 This is a great option for a quick breakfast before school when time is limited.  2 slices of this French Toast plus 2 tablespoons of maple syrup and a banana can start the day off right so you aren’t falling behind before you even get to lunch. 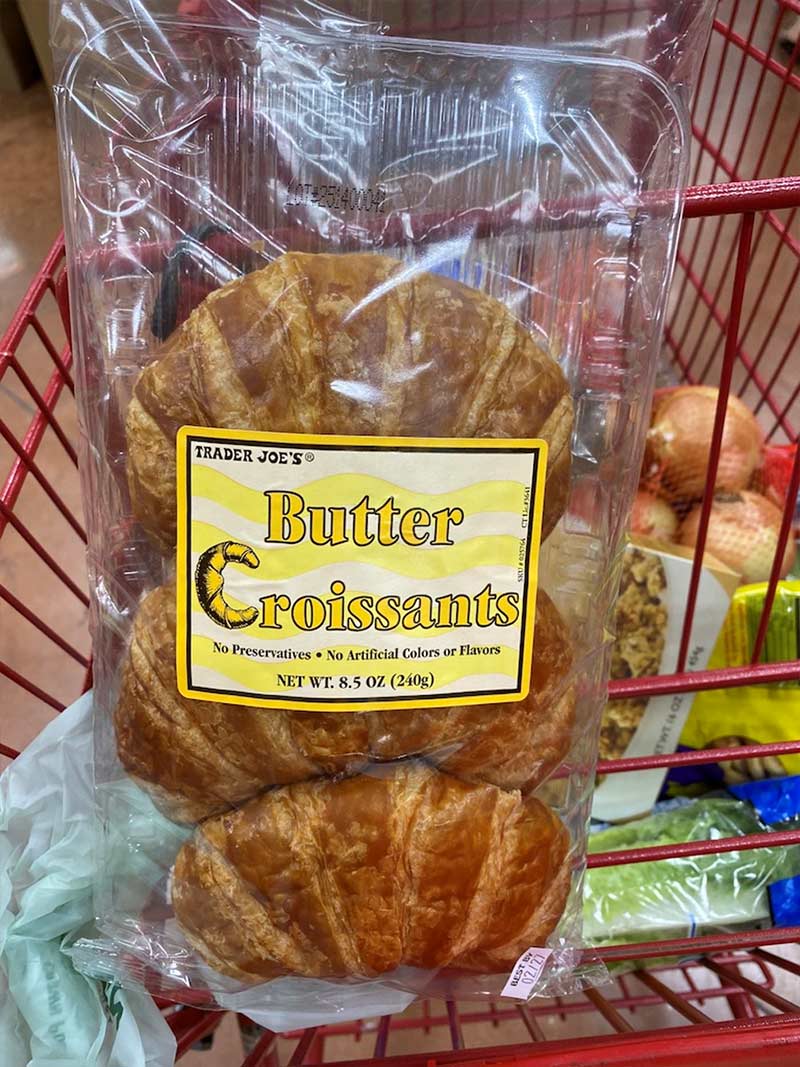 I love these croissants!  They are light and you can add a multitude of options to them to make them to your taste.  You can scramble 2 eggs in 1 tbsp butter, add a slice of cheese, maybe even some ham or bacon, and make a quick breakfast sandwich that won’t take too long to finish.  You can do a sweet version with Nutella, ham and cheese with mayo and mustard, tuna salad made with regular mayo, or turkey with avocado, or try brie cheese with apple slices and honey. 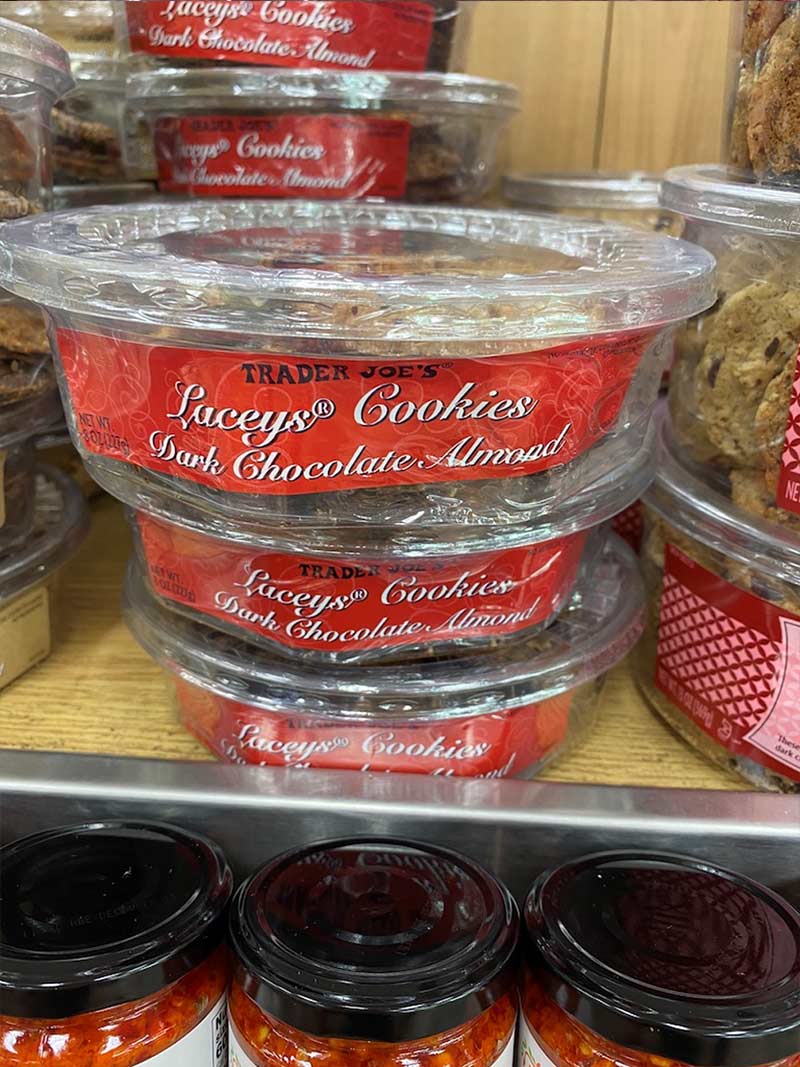 These lace cookies are fantastic because a serving size is only 2 relatively small cookies. This can easily be increased to 3 or 4 to meet your caloric requirements for a snack.  Add a glass of milk or juice and you are well on your way. 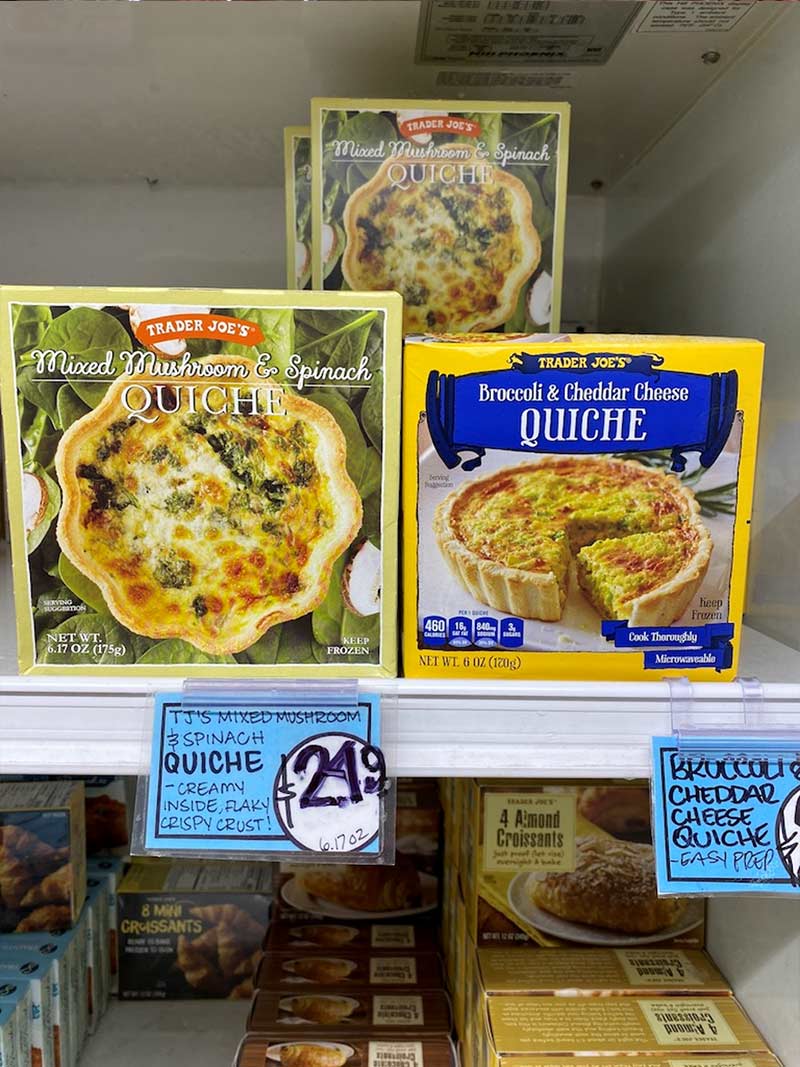 These quiches are great. They are actually quite small, about 5 inches across and come in a few flavors.  Have a quiche with a small salad with at least 1 tbsp of dressing and a slice of crusty bread with butter and you’ve made a pretty fancy meal very quickly!  What I also like about these is that they can be kept in th freezer for when you maybe don’t have time to cook something. They can also be used as “alternate meals” meaning that if your child refuses to have what is being served, you can create a plan where sometimes he or she can ask for an alternate meal instead that will be calorically appropriate and also be relatively challenging. 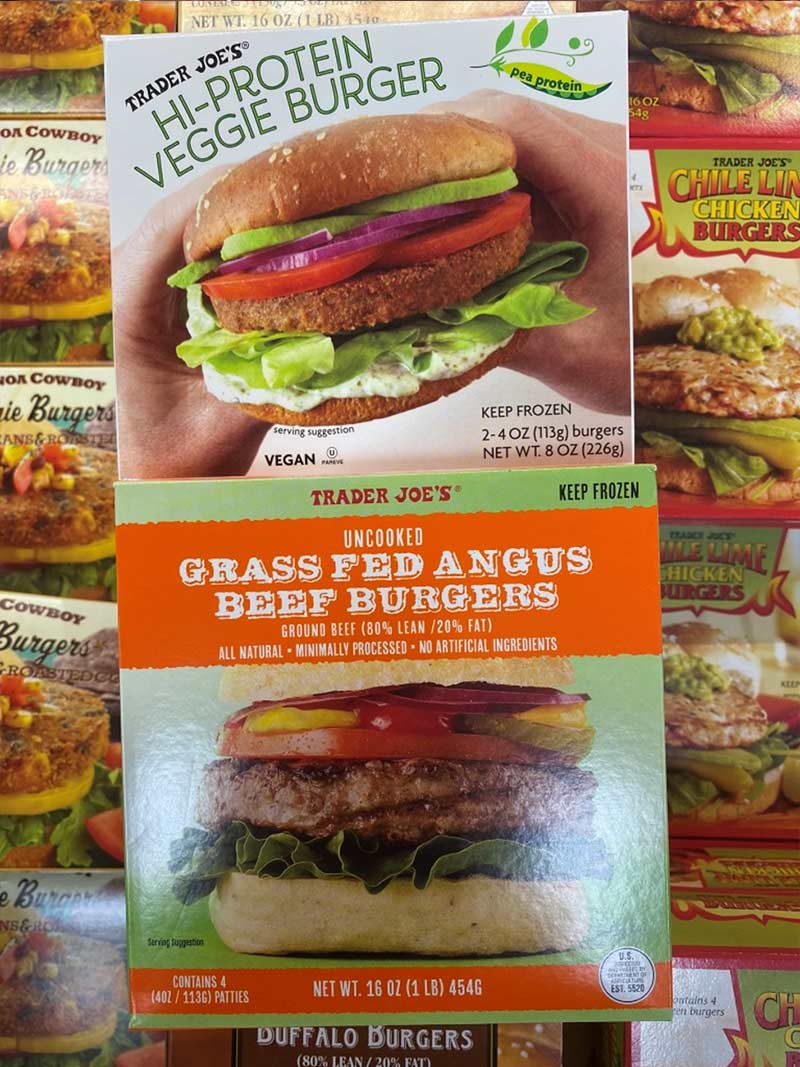 Both of these burger options are appropriate choices but they cannot be eaten alone.  Put on a regular bun, add maybe some cheese or mayonnaise in addition to whatever else you like to top you burger with and you’ve created a reasonably dense component of a meal.  Add a couple sides like chips, fries, baked beans, or even a shake (if you are feeling brave!) and you are good to go. 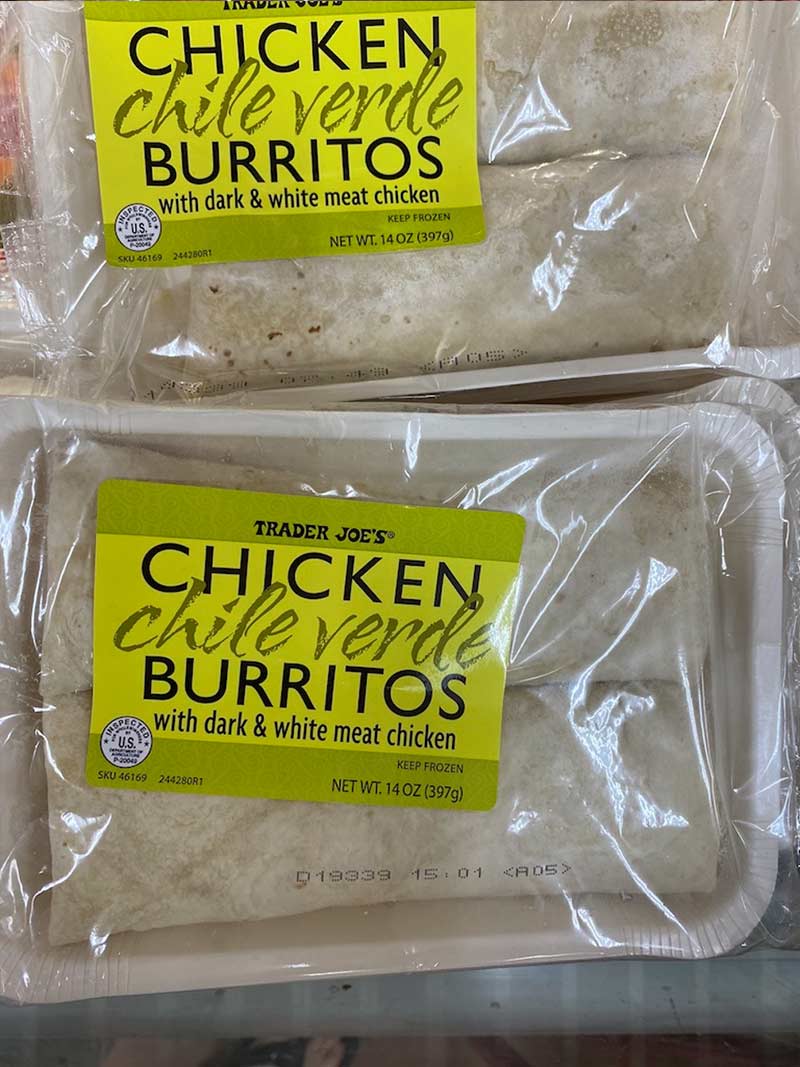 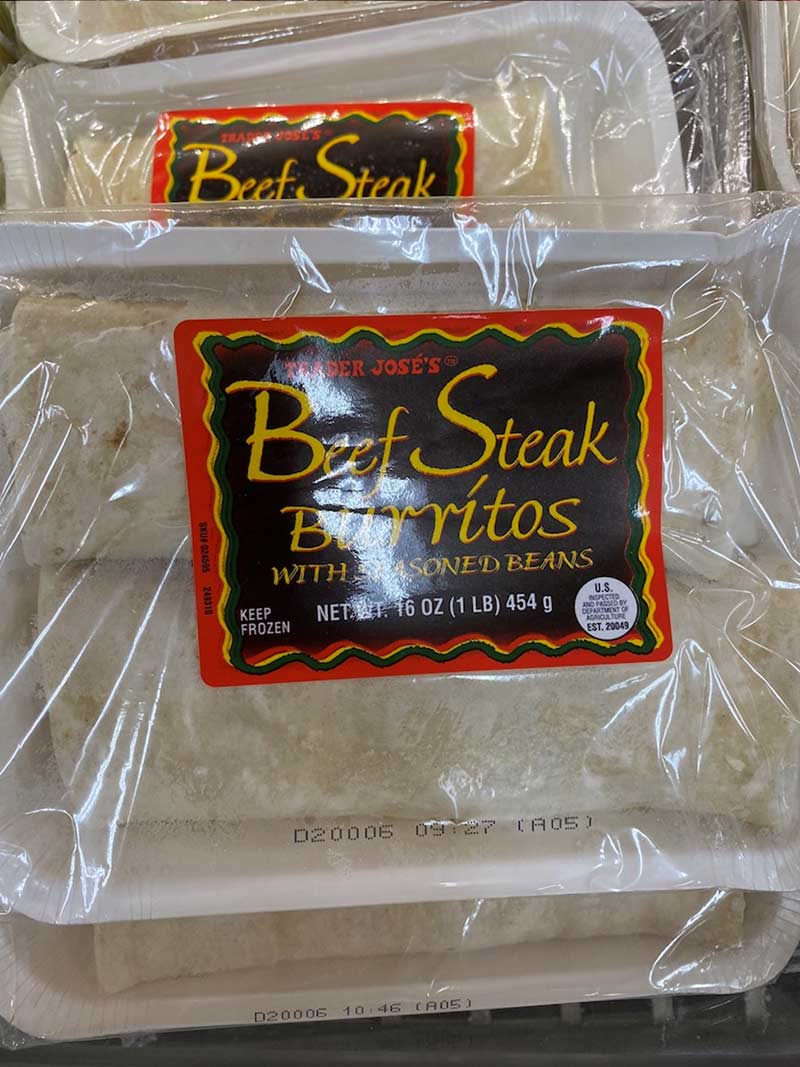 These burritos are an excellent option.  They are frozen so they can be kept as alternate meals or for a day when you are short on time and they are quite flavorful.  The serving size is 1 burrito but they are not big and eating 2 pretty much fulfills your needs for most lunches or dinners, depending on your meal plan. The tray appears to be a single portion so it will not be visually overwhelming to your child.   If this falls a little short calorically,  you can add a caloric beverage such as milk, juice, or gatorade, some beans and rice, or some tortilla chips with guacamole. 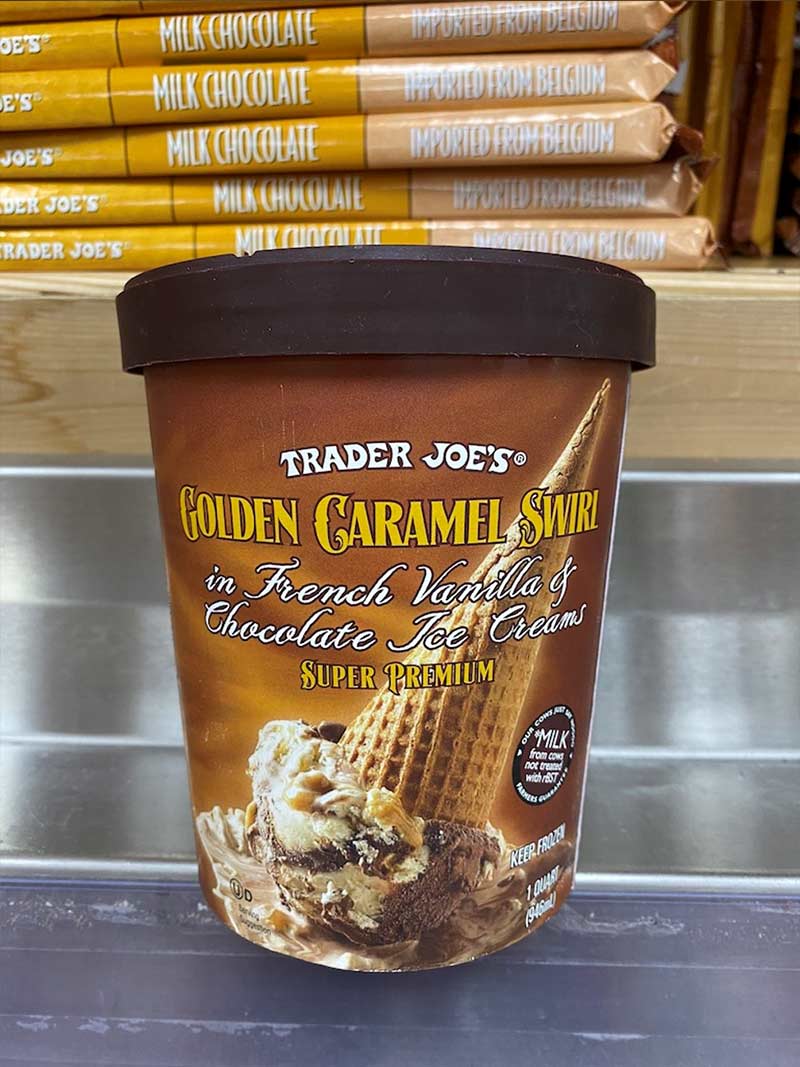 OK, here are some fun options.  The serving size of this ice cream is only a half cup so it’s pretty easy to increase the portion to a cup and not appear to be too much.  Add 2 tablespoons of the fudge sauce to this ice cream or any ice cream you have to pack a little more punch without it becoming more filling. These are particularly good options for when you need to do some food challenges.  Also a bonus is that they are frozen and won’t go bad quickly. 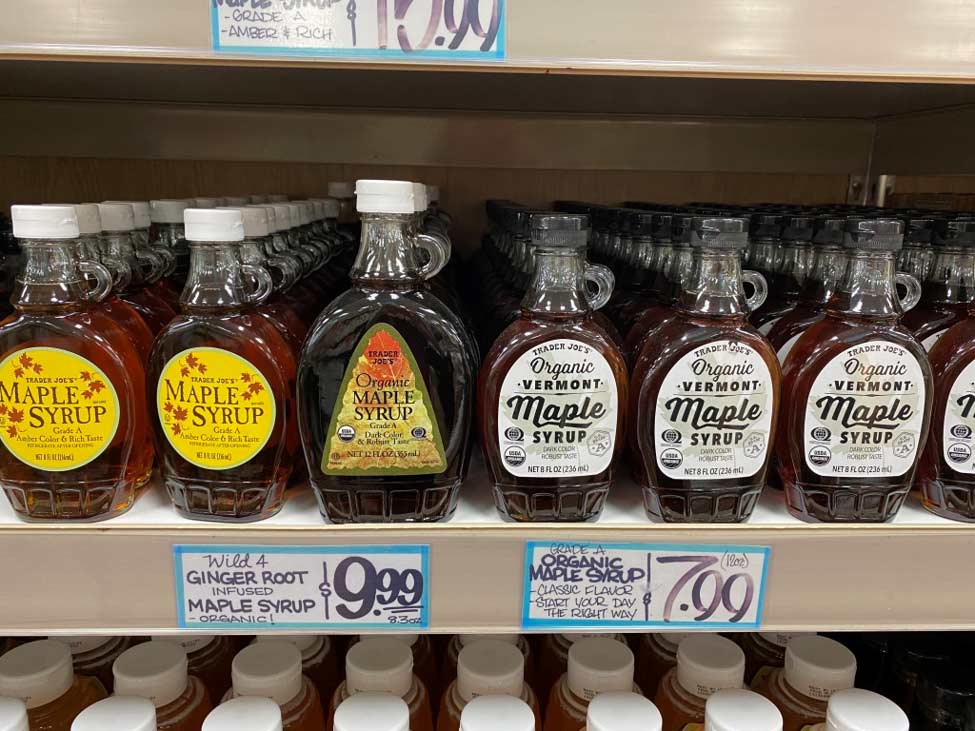 Let’s talk about syrup.  It is something that many people with eating disorders say they “don’t like” although most people use it when eating certain breakfast foods. If you child used to use syrup prior to the eating disorder, it’s important to add it back into the appropriate meals. Make your food challenge more meaningful by having your child eat it in the way he or she used to eat it.  Don’t allow the eating disorder to feel any sense of victory by allowing your child to eat dry pancakes.  The good news is that just 2 tablespoons makes a really nice contribution calorically without making the meal more voluminous.  Adding this to oatmeal, pancakes and waffles will be really helpful. 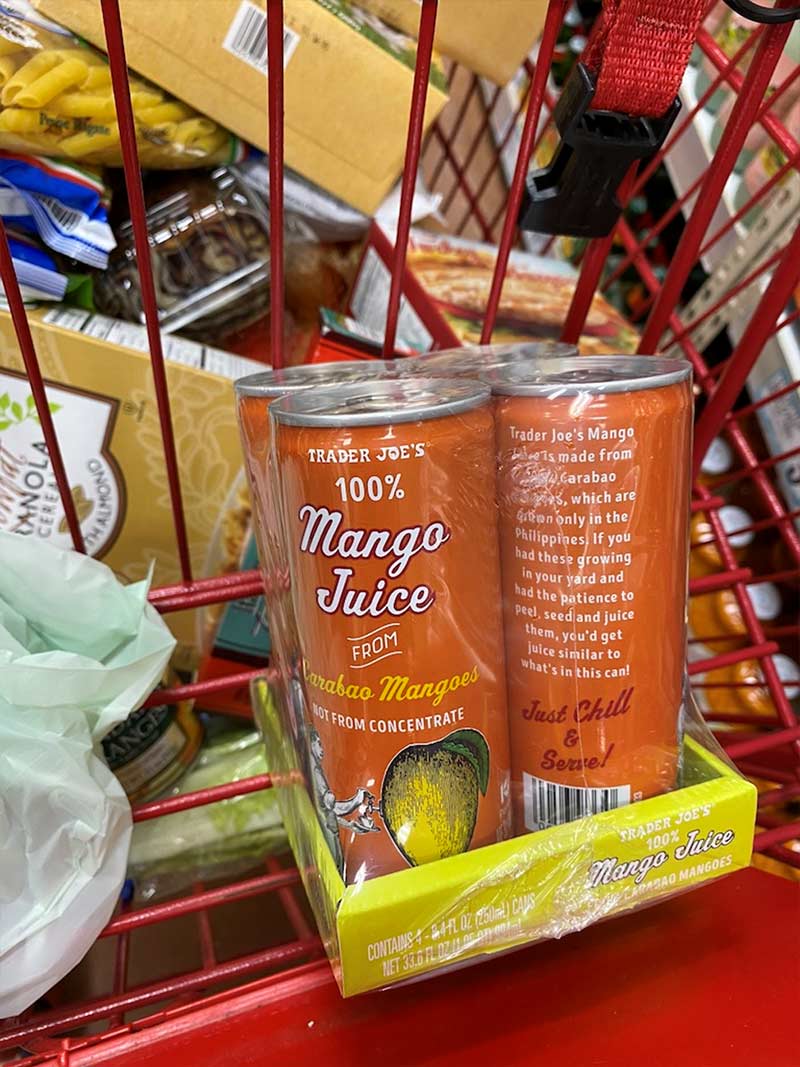 This mango juice is a lifesaver.  Each can is only 8.4 ounces so it’s a great addition to any meal or snack.  They are highly portable so they can be used when you are on the run or mixed into a smoothie for extra flavor and caloric density. 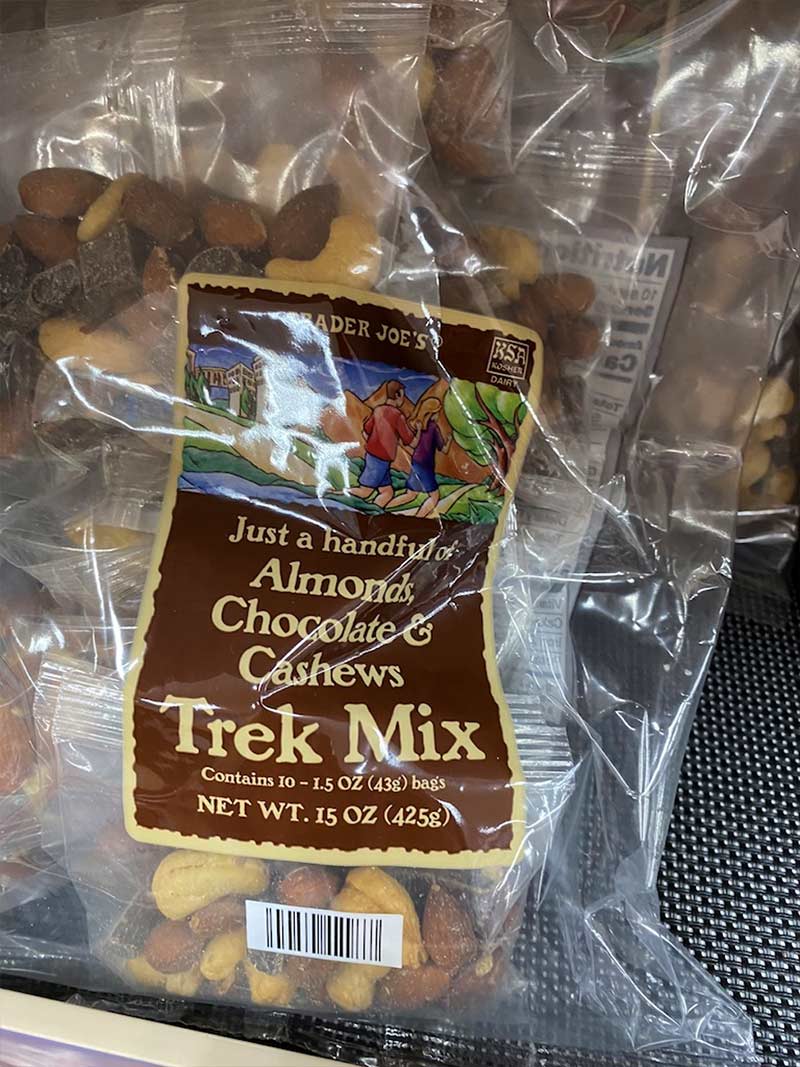 This trail mix is individually portioned so it’s great to send to school or have in the car for after school.  The packages are quite small, just 1.5 ounces each and come in a variety of flavors.  A single packet probably won’t be enough for most weight restoration meal plans but add a mango juice or a whole milk yogurt and you are probably where you need to be. 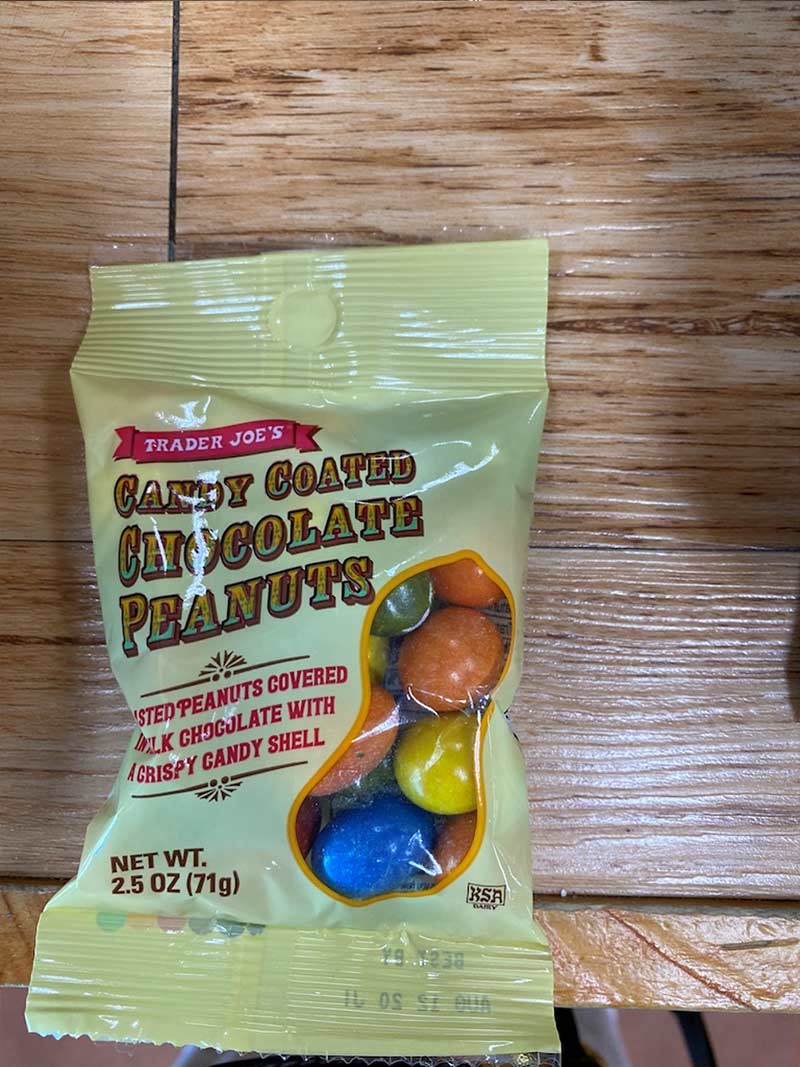 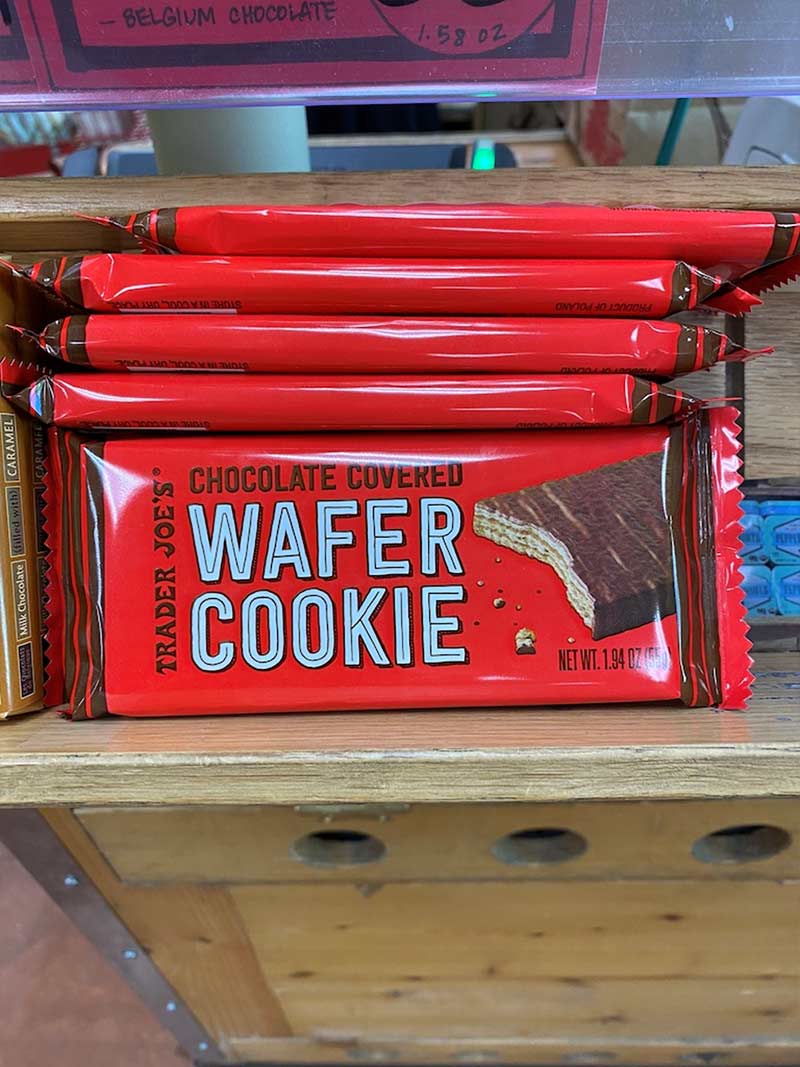 Both of these dessert options are excellent choices. They are small portions and alone, are nearly enough for a snack depending on your meal plan.  If you need to add some to this snack, you could add a caloric beverage, perhaps even a frozen coffee drink, to meet your meal plan requirements.  These are also great because they can be thrown into a bag when you are traveling and often can serve as excellent food challenges.

I hope that these suggestions are helpful to you.  It is easy to become overwhelmed by the refeeding process and it’s important to think of some shortcuts that reduce stress for the entire family.

Get Help with Anorexia Weight Gain Treatment in Miami, Florida

If you are seeking help with Anorexia weight gain treatment, you’re already taking the first step to recovery. While this is a serious, you’re not alone in this fight.

While recovery is a process, I have dedicated my life to helping individuals overcome serious eating disorders. Please reach out to me to discuss how we can work towards Anorexia refeeding.

I look forward to helping you heal and find your path to recovery.

Learn about the side effects of anorexia nervosa

I am now seeing patients both remotely and in person. Please fill out the form and we will connect with you shortly. We are here to help you. Thank you!