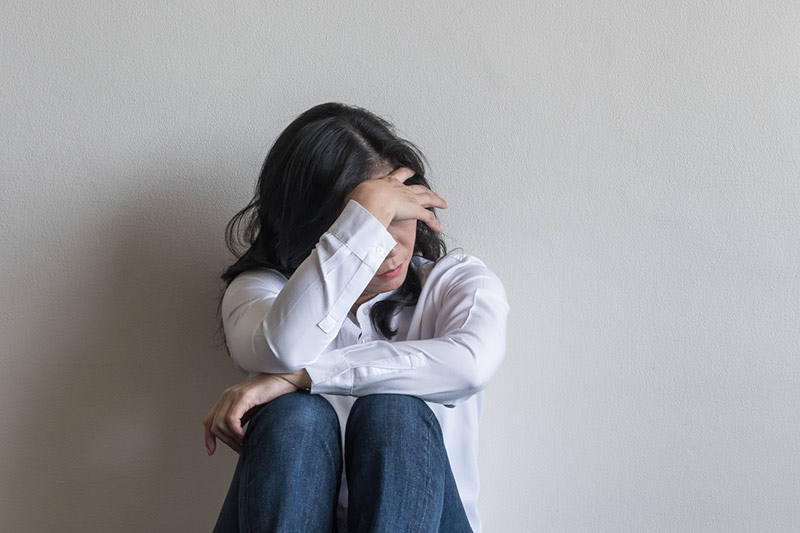 For anyone who’s ever suffered the overwhelming sensations brought on by a panic attack, the racing heart and inability to catch your breath or think straight are no joke.Millions of Americans suffer from panic attacks every year during unusual or stressful events. Millions more will have recurring attacks that seriously complicate and alter their quality of life.While there’s no quick fix, panic disorder treatment can help cut down the frequency and severity of panic attacks.

If you feel like you’re living in fear between attacks, read on to see how a professional can help you regain your confidence and living your life again.

What Is Panic Disorder?

Panic disorder, which some 6 millions Americans suffer from each year, involves repeated, unexpected panic attacks not tied to external situations.

People who have panic disorder live in constant fear of their next attack. They change their lifestyle habits and adapt their schedules and activities as a result of this fear.

The most crippling part of panic disorder is the anticipatory fear. Instead of leading a normal life between attacks, most of the time is instead spent in fear of the next attack. Therefore, quality of life can be severely impacted.

This fear creates further problems like phobic avoidance, where activities of daily living get suspended in case of an attack. It can also result in other disorders like agoraphobia (fear of public places)

What Causes Panic Attacks and Disorder?

It is important to make a distinction between panic attacks and panic disorder.  A panic attack alone is not considered a “mental disorder” by itself.  Panic attacks can occur in the context of other anxiety disorders or mood disorders and is included as part of that diagnosis.  Recurrent unexpected panic attacks are a necessary condition to be diagnosed with Panic Disorder.  When individuals are subjected to severe stress, such as financial strain or the death of a loved one, this can trigger sudden panic attacks. In some cases, when the stressor is addressed, the panic attacks will subside.  However, for others, it can progress to the point of becoming dysfunctional or make other psychological conditions worse.

The human body is wired to respond to stress so intense fear is a normal reaction by the sympathetic nervous system. This reaction generally subsides within a short period of time once the person feels safe again and the nervous system can become more relaxed and regulated. So, there may be times when panic is an appropriate response to something happening in your environment.  That is not a panic attack.  When someone has a panic attack, there is not an obvious, immediate threat, even if there are significant stressors occurring in the person’s life generally. So, if you are on your way to the airport and panic because you think you lost your passport, that is appropriate panic.  Even if you find the passport, there is an objective “threat” that you can identify as the source of your panic.  If you are on your way to the airport and suddenly feel intense fear and panic while you are just sitting in the car listening to music, that is probably a panic attack.  A panic attack comes out of nowhere although some people are able to predict that certain situations will cause them a panic attack.

So what are the symptoms of a panic attack?  It is an abrupt surge in intense fear with many physiological symptoms that people often confuse with medical symptoms.  The first time someone has a panic attack, they are often worried that they are going to die, have a heart attack, or even losing their mind.  It is very common for people to end up in the ER when having a panic attack because the physical sensations of increased heart rate, shaking, sweating, chills, chest pain, and nausea are so severe that they seek medical attention.

Panic disorder is more complicated. Instead of a specific event triggering an isolated episode, sufferers have unexpected panic attacks, meaning they seem to occur for no real reason. This, in turn, causes them to change their patterns of behavior in order to avoid having more panic attacks.  Typically, people start to avoid situations where they feel it would be especially embarrassing to have a panic attack, places where it may be harder to leave or “escape”, or where there may not be adequate support and help.  This is known as agoraphobia and can be added to the diagnosis of panic disorder.  This is called Panic Disorder with Agoraphobia. So the fear of leaving the house is an adaptation to the panic attacks.  It is ultimately not helpful because the locations outside of the home are not actually responsible for the panic attacks. The person develops an irrational fear of these places, thus increasing the likelihood of having a panic attack outside of the home. So it becomes a vicious cycle where the person makes their disorder worse rather than better.

The cause is unclear, although a family history of panic attacks and disorders may play a part. There are also some psychological risk factors, such as history of sexual or physical abuse, beliefs that the physical symptoms are harmful, childhood separation anxiety, and stress.  Some medical issues, like those related to the thyroid, may have a role as well.

What Does Panic Disorder Treatment Involve?

Antidepressants and anti-anxiety medications can help relieve the effects of panic attacks.

However, the most successful treatments include various forms of psychotherapy. These help patients work through their past and present fears.

A therapist can help uncover deeper issues that may be at the root of the attacks, and then help deal with the associated fear and emotional concerns.

Patients will unlearn the belief patterns and behaviors that led them to their current state.  Strategies including breathing and relaxation exercises, identifying the scary thoughts that play into panic, understanding the connection between thoughts and feelings, and recognizing how bodily sensations are misinterpreted in a way that makes them seem threatening are all components of treatment.  These skills increase confidence and new thought processes that help them regain control of their lives.

If you’re living with frequent panic attacks and fear, you’re not living your best life – but there’s hope. Panic disorder treatment can help you learn and take the first steps back to freedom from fear.

Contact me today, and let me help you redefine your life outside of panic attacks.

Get Panic Disorder Treatment in Miami

Are you looking to learn more about the different types of anxiety disorders? Learn more here.